Investors who lost millions in a long-running Ponzi scheme lead by the late Rick Siskey are attempting to recover what was once designated as their life savings, and livelihood. Attorney Charles G. Monnett III & Associates is representing investors in efforts to recover lost funds from accumulated Siskey assets. 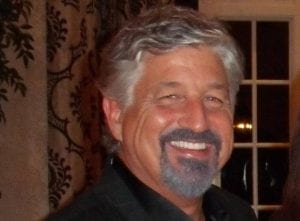 For years, Rick Siskey was perceived as a savvy financial planner, all while bilking dozens of investors out of millions of dollars. His scheme entailed collecting money from new investors to pay earlier investors what they were promised in returns, as well as to support his lavish lifestyle. Many of Siskey’s investors were high profile figures, including Wichita State head coach Gregg Marshall. Records show many investments dated back as early as the mid-1990s.

According to a federal report, Siskey sent investors balance statements that appeared “to have been totally fictitious and not based upon any actual investment or holding.”

In December 2016, investors first became aware of Siskey’s scheme when court filings revealed that the financial investor was under investigation for fraud. Days later, 58-year-old Siskey took his life. One month later, a judge unsealed an FBI affidavit alleging that Siskey had been operating a long-term Ponzi scheme – the largest in Charlotte’s history.

After the FBI investigation was revealed, four Siskey companies, which investors funded, filed bankruptcy in a Charlotte federal court. Since that time, it was determined that three Siskey companies – TSI Holdings, WSC Holdings, and SouthPark Partners – were operated as Ponzi schemes. Sharon Road Properties was partially involved in the scheme.

Investors had until Aug. 23., 2017, to file claims against the Siskey estate for review by the court.

The Baseline Report: Claims vs. Assets

On November 1, 2017, a compilation report filed in the U.S. Bankruptcy Court for the Western District of North Carolina by court-appointed trustee lawyer Joe Grier, indicated a baseline of approved investor claims, as well as accumulated Siskey assets. Investor claims are expected to far exceed available assets.

“The claims vastly exceed the assets of the bankrupt entities, and our goal is to recover the $46 million in life insurance that was paid to Diane Siskey on Rick Siskey’s death.” – Mr. Monnett

The baseline, which could change based on fund availability, shows investor claims against the following Siskey company assets:

Assets also include proceeds from the following:

Claimants to File Responses or Objections by Dec. 1, 2017

The bankruptcy trustee has asked the court to approve the report. Claimants have until Dec. 1 to file responses or objections to the report; a hearing is scheduled to take place on Dec. 11.

Call for your Free Consultation

If you need support regarding the Rick Siskey case or have been the victim of other fraud, please contact us at (704) 859-2003 or complete this form today.